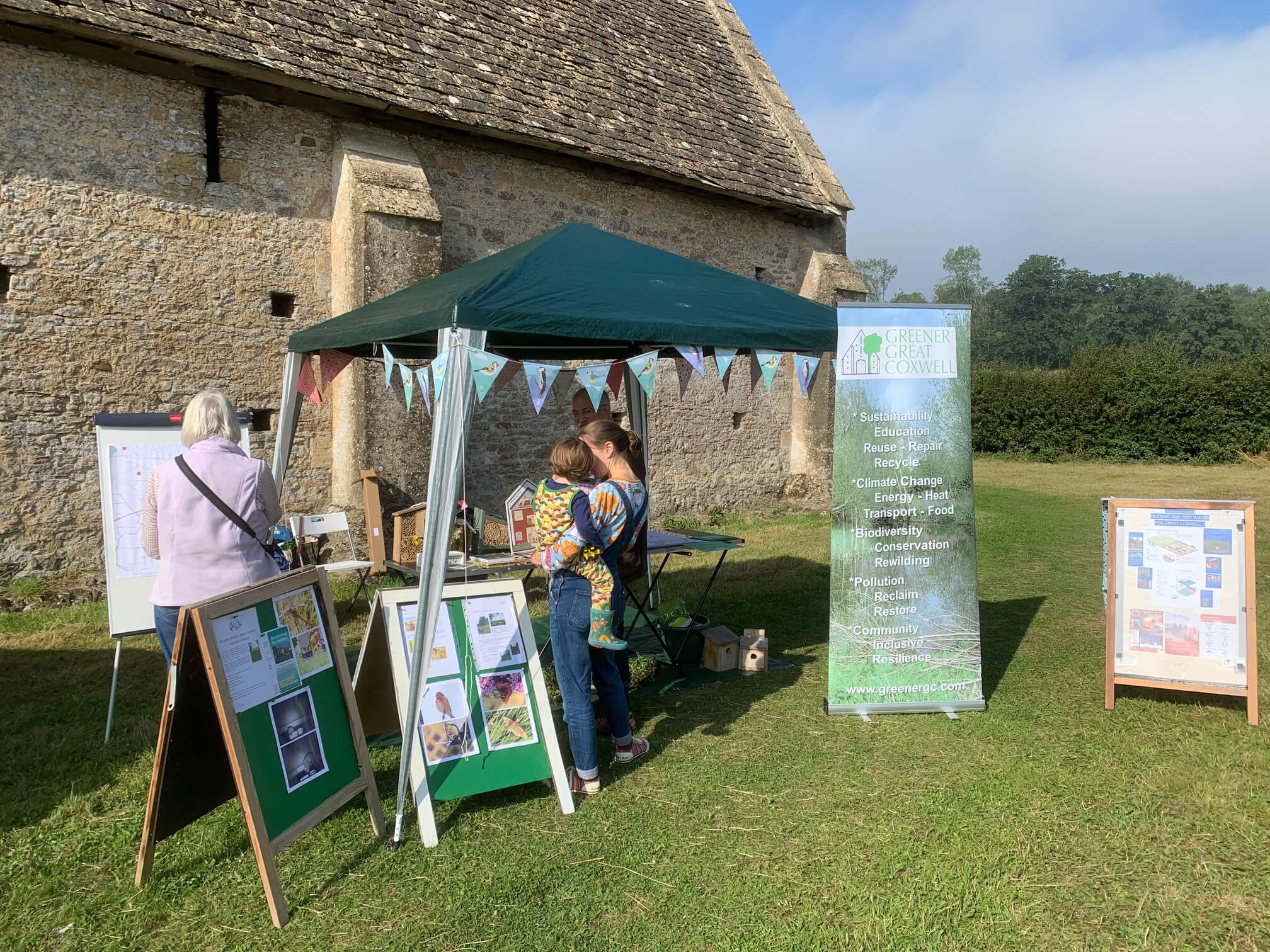 We are delighted to announce that Greener Great Coxwell is our  Community Group of the Month for December 2021!

Greener Great Coxwell formed earlier this year and have already brought several carbon reducing initiatives to their beautiful village. They are one of the Hub’s most recent members and we were impressed by their ambitious plans and determination to put imaginative ideas for an inclusive community owned energy project into action.

They have been investigating a community-owned, sustainable and secure energy project that would provide heating and hot water to the whole village. The system would replace existing gas and oil-fired boilers, help with fuel poverty, reduce carbon emissions and provide a revenue stream bringing further benefits to the village.

The group would like to generate renewable electricity for the parish from solar pv and supply houses in the village with heating that comes from a renewable source such as a ground source heat pump that heats water to 70 degrees. The plan is for the solar energy generated to power the heat pump so that the village receives the benefit of the power they generate. Both projects together should significantly reduce the local carbon footprint and reduce dependency on fossil fuels.

The scheme will be inclusive, community owned and generate community benefit.

The main objectives of the scheme:

How would the scheme work?

The proposal is to use a ground source heating system powered by a solar installation. Heat distribution would be through an insulated pipe network connected to each participating home via a small heat interface unit. Similar schemes are common on the continent and several are under construction or in planning locally, for example at North Aston and Upper Heyford in North Oxfordshire and at Swaffham in Cambridgeshire.

To help with understanding the potential for such a scheme, Greener Great Coxwell became members of the Low Carbon Hub and we were able to arrange contact with a similar project, Heating Upper Heyford, who provided advice and support. They also joined the South East Energy Hub, a collaboration of Local Enterprise Partnerships working to support local energy projects in south-east England who provide advice and grant funding for feasibility studies and business development through the Rural Community Energy Fund (RCEF).

In order to reach the next stage of grant funded research the group needed to show evidence that 60% of residents would support the scheme, before the impending deadline for submitting the grant application.

They wasted no time and launched into action with an intensive set of open meetings and carried out door to door visits to raise awareness of the project in the wider community. The impact of their efforts was immediate and they received a high level of support in the village and surpassed the target of needing 60% of households to express an interest by the end of October 2021.

They now have 75 addresses signed up to the interest form and managed to submit their application for an RCEF grant to carry out a formal feasibility study by the deadline of 5 November. They also held a tendering process and appointed Locogen to act as consultants if the grant application is successful. Locogen are working on a similar proposal on the Island of Iona.

The group have recently adopted a legal structure and successfully registered as a Community Benefit Company in order to carry out the first stage of the project and to be able to manage the financial side should the grant application be successful. They should hear if the application is successful in the new year. We wish them all the best and will follow up with any news.

Greener Great Coxwell are working with Faringdon Town Council to enable Faringdon Solar Streets, a popular discount solar pv project to be introduced in the village.

The group are keen to increase biodiversity in the community and they are working with local landowners to establish a community orchard and supporting a local farmer to experiment with rewilding the land that surrounds the village.