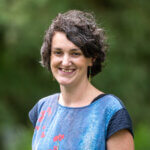 The project is owned and developed by Oxford-based social enterprise Low Carbon Hub and was designed and installed by Solarcentury.

What made this project work in the context of massive solar subsidy cuts, was UTC Aerospace Systems CTG’s corporate goals for carbon reductions and their willingness to see the social and environmental value of our community benefit model.

UTC Aerospace Systems’ goal is to be the greenest aerospace company in the world. CTG is one of UTC Aerospace System’s 126 manufacturing sites around the world. Their Singapore facilities installed solar panels in 2015, reducing emissions by 2000 metric tons of CO2 annually, the equivalent of 1 million kg of coal burned.

Low Carbon Hub funded the upfront costs of the CTG project through a mix of loans and a community energy share offer. Other projects funded by their 2016 share offer include a 636 kWp solar project with Prodrive (also in Banbury), a 440 kWp community-owned hydro project at Sandford on Thames, and 12 solar PV projects on Oxfordshire schools.

Find out more about solar at CTG