Local Empowerment Towards a Car-Free Future 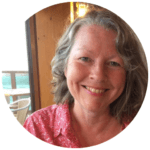 Low Carbon Hub were pleased to award a third consecutive large grant of £5000 to Low Carbon Oxford North and a consortium of community groups that form the Coalition of Healthy Streets and Active Travel (CoHSAT), to continue their research and work to promote ‘Local Empowerment Towards a Car Free Future’ in Oxfordshire.

The project culminated in the Third Annual CoHSAT Conference that took place on 25 April 2022 with the theme: Planning healthy and inclusive places. The guest speaker was Dr Kay Inkle from Wheels for Well Being, a charity that takes action to remove barriers to cycling and active travel for people with disabilities.

Our Community Grant Fund offers financial support for community energy activities across Oxfordshire. All Community Members of the Low Carbon CIC can apply for a small or large grant that can be used to fund activities that contribute to the Hub’s aim: to cut Oxfordshire’s carbon footprint and contribute to the creation of a decentralised and locally owned renewable energy system. Community groups can apply for funding singly or in consortia with other community shareholders.

Transport accounts for as much as 40% of all carbon emissions in Oxfordshire and CoHSAT is a group of voluntary and campaigning organisations working across the county to create attractive, accessible and people-friendly streets. The groups do this by encouraging active, low carbon and sustainable travel that reduces traffic, air pollution and noise, and enables healthy and thriving communities.

The role of CoHSAT is to facilitate discussion and increase engagement on healthy streets and active travel across Oxfordshire. The coalition formed in 2019 funded by a large community grant from Low Carbon Hub and has worked collaboratively with active travel groups across the county, and welcomed several new members representing active travel issues outside of Oxford City.

Working collectively with the 16 coalition partners and producing excellent evidence-based research has helped the group increase their contribution to the city and county council transport plans, that will result in more sustainable transport options in Oxfordshire. The current members of CoHSAT are:

To help communities reduce their use of cars the coalition researched and developed four main projects and activities that could provide evidence to inform local transport policy and help people to imagine a future with less cars:

With the help of the large grant from Low Carbon Hub, the coalition employed a part time project manager to oversee the delivery of each activity and the project culminated in the third annual CoHSAT Conference in April 2022 to reveal the results of the survey and conclusions of their research.

The concept of a 15-minute neighbourhood (15MN) is simple and powerful and involves ascertaining which amenities are the most important to communities to have within a 15-minute walk of their home. CoHSAT devised a questionnaire asking people across Oxfordshire to identify the amenities that matter most to them, such as healthcare facilities, school, shop, a green space and a pub. The information gathered forms part of a policy paper that explains the 15 Minute Neighbourhood  concept, which is anticipated to become integrated into local transport consultations, such as Oxfordshire 2050 and the Local Transport and Connectivity Plan. The concept is already being introduced to the city and county councils using a newly developed tool; the Walkability Index, which uses computer modelling to map the location of everyday amenities and measures how far they are from peoples’ homes.

CoHSAT conducted an online survey of Oxfordshire residents to identify a top six crucial amenities from a list of 19 basic amenities. The survey had a high return of over 450 responses and the most frequently selected priority amenities are shown below:

The results will help to inform policy and assist in initiatives that increase the possibity for basic amenities to be taken to people, rather than expecting people to travel to them. The full survey results can be found here: 15-Minute Neighbourhood Survey Report March 2022.

The survey results contributed to a policy paper that CoHSAT have written to clarify the issues and increase the likelihood that a 15-minute neighbourhood can become an integral part of Oxfordshire’s future. It makes recommendations to the city and district councils and to Oxfordshire County Council on how they can ensure an increasing proportion of residents of Oxfordshire live in a 15-minute neighbourhood. View the policy paper here: 15-Minute Neighbourhood Paper March 2022.

Oxfordshire County Council won funding from central government to introduce 10 Low Traffic Neighbourhoods to be implemented during 2021 for an experimental period of six months each. The idea behind LTN’s is to prevent vehicles using areas as “rat runs” by installing movable planters or bollards at the entrance to streets. The trials will be used to see if they create significantly quieter streets where residents can feel safer and more comfortable when making local journeys by bus, bike or on foot. There are LTN’s currently underway in Church Cowley, Temple Cowley and Florence Park with plans to extend the scheme in East Oxford, Witney and Bicester.

This activity was led by another of the coalition partners, Oxford Liveable Streets, who gathered information to increase awareness of all aspects of the LTN initiative. Building on their findings, CoHSAT developed a guide and leaflet for residents explaining what LTN’s are, how they work and how evidence will be used to assess the impact they might have on neighbourhoods.

CoHSAT’s information leaflet for residents of areas where Low Traffic Neighbourhoods are proposed can be found here.

They have also designed a more detailed how-to online guide for communities and campaigners hoping to set up an LTN, with advice on street design, how to prepare a survey and run public meetings.

This guide is based on experience in Oxford between 2018 and 2021, where a successful campaign led to installation of low traffic neighbourhoods (LTNs) in Florence Park, Church Cowley and Temple Cowley. CoHSAT share key learning points, and milestones which the Oxford campaign went through, in chronological order – from setting up, right through to implementation and maintenance of the LTNs.

The online guide for campaigners can be found here.

They provide a range of useful resources and sources of evidence to support the introduction of LTN’s. The information can be found here.

The aims of the School Street project were to understand the reasons why parents and carers commute to school by car in Oxfordshire and to identify the barriers to active travel.

Using a variety of research methods such as online focus groups, written responses, online and in person surveys, members of CoHSAT approached five schools identified from the previous School Street pilot programme in 2019. A series of six week trials were carried out at the schools in Oxford, Witney and Abingdon, where the roads outside the schools were closed to motorised traffic. Although parents were slow to be involved at first, over 95 individual parents and carers responded to surveys during the research period in 2021/2022.

The key recommendations from the report included:

Keep up to date on the project here.