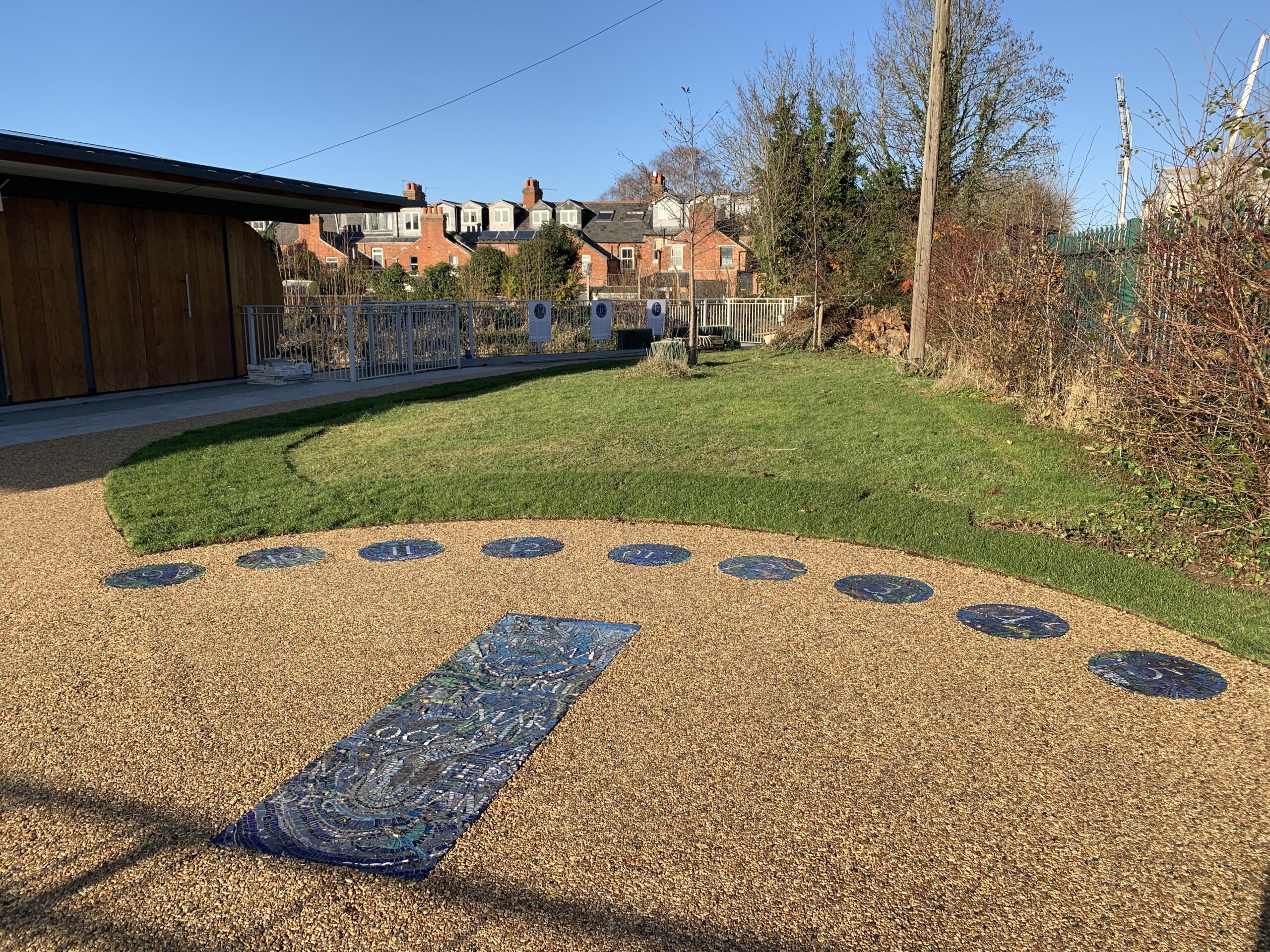 We are delighted to announce that Osney lock Hydro is our  First Community Group of the Month for 2022!

Osney Lock Hydro is the first community-owned hydro scheme to be built on the Thames. Set on the banks of the river Thames at Osney Lock, opposite the site of Oxford’s first electrical power station, it is one of only three sites suitable for hydro generation in the city. Building work started in the summer of 2013, with electricity generation starting in May 2015.

The Osney Lock Hydro group want to harness the power of the river to generate green energy and reduce their community’s carbon emissions. The hydro will also create a sustainable income stream to fund environmental projects well into the next half of the century.

Osney Lock Hydro and West Oxford Community Renewables were each awarded a small grant of £500 from the Low Carbon Hub’s Community Grant Fund, towards landscaping the site surrounding Osney Lock Hydro. The aim of the grant project was to increase accessibility and open the site up to the community and general public, so that more people will be able to experience the thrill of seeing the Hydro in action for themselves. Access to the site has so far been by appointment with a small team of volunteers providing guided tours.

Improving access to the site will have the beneficial effect that visits will no longer need to be by appointment and will enable many more people to see the project. Once fully open, the number of visitors to the site is expected to increase significantly from 800 to several thousand, along with at least five additional primary school visits in the next year.

In order to engage visitors and young people the directors of Osney Lock Hydro decided to commission local mosaic artist, Josie Webber, to work with the community to create a mosaic ‘human sundial’. The hard landscaping, completed with the help of the Low Carbon Hub small grants, enabled the human sundial to be successfully installed. The sundial is a striking way to explore the connections between humans and nature and the project was made possible by a Heritage Lottery grant. Josie is a talented and experienced mosaic artist with several existing commissions in Oxford. She was keen to share her skills with the community and welcomed their involvement and contribution to the project.

The placing of the sundial and hour pieces on the ground needed to be exact to enable the shadows to fall in the right place, and in a further example of community involvement, a local mathematician provided expertise and guidance to ensure that everything aligned correctly. The overall result is a fantastic and imaginative way to encourage people to connect with their environment and explore ways to create  renewable energy that makes the most of local natural resources.