An update on Sandford Hydro (November 2018) 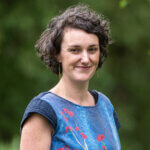 The new generation season for Sandford Hydro is restarting again with the (slow) return of the rains! Clean electricity is now being generated by the hydro on the weir at Sandford, although not yet at full power. It is the large winter output of the hydro that brilliantly complements solar panels, which this summer experienced record high generation of electricity across the Low Carbon Hub’s solar panel installations.

Over the summer period though, we have been busy carrying out planned inspections and maintenance as well as making some changes and improvements on site at Sandford Hydro.

In response to information from local residents about noise issues from the hydro being experienced, we investigated what we could do to mitigate this.

In June we identified some settings in the generators that could be adjusted and this made a considerable difference to the noise coming from the turbines. In addition to this, we built cladding around the turbine house in August to further mitigate against noise.

In October we made some modifications to the screws that will increase their operating range to allow for higher water levels downstream – in effect making the hydro able to go on operating further during river flooding conditions.

Unfortunately, we had some bad news as well: there was a break in on site at the Hydro and vandalism damaged some equipment. We have been busy replacing and fixing what was broken. This includes improving security on site, replacing some equipment that was damaged, including our CCTV system. All of this work is now complete ready for our winter generation period.

We are also really pleased that you can now see live generation data from the hydro on the People’s Power Station, the renewable energy map for Oxfordshire.

Keep checking back on the People’s Power Station to see how much clean electricity is being generated!